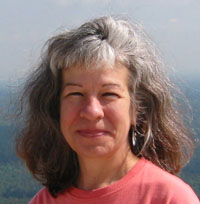 Maybe I shouldn’t even go there 🙂 but if a change in your diet was one of your resolutions and is now a thing of the past, then let me share a secret to success.

If this works for you, congratulations! For many of us, however, the step is too big. A hole gets left when the activity or the food choice is eliminated. This hole is particularly noticeable because what we want to eliminate is something that is habitual. When we completely eliminate the habit, we tend to look around and wonder what to do with ourselves! What do we do instead with the time? What do we eat instead of bread, or soda pop? If the answer is Nothing, we may start to get very antsy. The Universe abhors a vacuum!

So the secret is to insert a step called “Substitute” first before you eliminate. You can stay at the Substitute stage for as long as you need to remain at that level. Always keep your ultimate goal in the back of your mind, knowing you will eventually get to it. The Substitute level is a step in your journey to better health and wholeness.

Here is our example of how we eliminated bread at our house. First we changed from “normal bread” to sprouted grain bread. In the U.S. there is a brand called Ezekiel bread, and this is what we started buying. I will tell you that when we started eating this, it tasted like straw or hay to me… at least that was my idea of what straw would taste like.

But, after a bit, we got used to the taste and forgot about the other stuff we used to eat. In other words, we created a new habit and just always bought the Ezekiel bread when we went to the store. We stayed at this level for quite awhile. Sandwiches and wraps play a big role in most of our food choices because they are convenient and easy to fix or grab and go, particularly for lunches.

When I was finally ready to eliminate bread, the step was not so big. By then, I had figured out that I could put everything I would normally put in a sandwich into a bowl without the bread.

At our house, one of our favorite Sunday traditions is breakfast burritos. The burritos have evolved as we have changed our diets. When I eliminated eggs and cheese, we substituted beans and potatoes – vegan style. Here, too, we utilized the substitution step. Later, we changed the tortilla wrap to a sprouted grain wrap. Then, later still, we completely eliminated the wrap and put everything layered into a bowl.

I used the same technique with coffee. I substituted Teeccino, which is a caffeine-free herbal coffee. You even brew it like coffee. Sometimes, just the routine of making something, like a pot of coffee in the morning, is what we find comforting. I used this for years, until I stopped, and then replaced it with warm lemon water in the morning.

There are two points to make this Substitution step successful. One is to allow yourself the freedom to substitute. It’s okay. You don’t have to go cold turkey. Realize that you will take that final step of eliminating what you no longer desire in your diet or life and that the Substitution step is a step towards this.

The second key is to substitute with something that is better for you and similar enough that you still enjoy it. In other words, you want to replace so that you are not creating what feels like a big hole in your life.

This technique has been used successfully by many in changing to healthier diets and in creating better habits.

Here’s to the New You!