The 1920’s, the Roaring Twenties, ushered in the technologies of radio entertainment and movies with sound tracks. Before that, ‘the movies’ had been silent moving picture dramas with subtitles. Now, with the addition of sound, they became ‘the talkies.’ 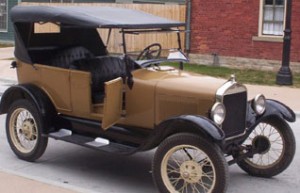 The new media of radio, as well as the newsreels that played before each movie, began providing people with new sources of information and entertainment. Henry Ford’s mass production of motor cars was creating a demand for the dirt roads of the day to be hard-covered with tarmac. Progressive towns began boasting that, as well as a hard-covered main street, they also had a traffic light!

Television was still twenty years into the future, but the telephone was becoming a fashion statement, especially when its use was demonstrated by glamorous starlets in the movies. With the separate earpiece held up to one ear, they would loudly and clearly intone the magic words, “Hello, calling long distance!” in order to be connected with their intended party through a relay of human telephone operators. In the movies, if not in real life, they always succeeded in getting through on the first attempt. 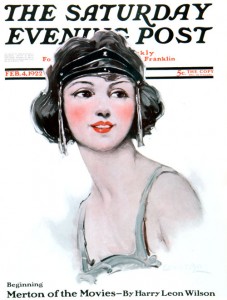 Meanwhile, the young adults of the day, such as the fashionable flappers, showed their newfound freedom from tradition by dancing to the Jazz music that reflected their sense of lightness and fun.

By 1931, however, storm clouds were gathering over American society. On the one hand, construction of the Empire State building in New York City, the tallest building in the world to date, had just been completed. On the other hand, the economy was being dragged relentlessly down into the depths of the Great Depression. Bank failures were snowballing at a frightening pace as the economy collapsed inward upon itself, leading to unemployment rates in excess of 25%.

People became deeply insecure and were desperately searching for answers. Angry mobs began to listen to even angrier speakers, who sought political scapegoats to blame for their woes. Others, meanwhile, turned in the opposite direction, seeking solace from God.

It was into this economic and social darkness that Emmet Fox (1886-1951) began speaking in the United States about a technique that he called The Golden Key to harmony and happiness.

Emmet Fox was a New Thought author who proclaimed that the Golden Key technique would get you, or anyone else, out of any difficulty. The technique was simplicity itself:

Stop thinking about the difficulty and, instead, think about God.

To achieve this, people were told to make a mental list of everything that they knew about God and to repeat those sentences in their heads until their attention had shifted entirely away from the difficulty and onto a focus upon God. They would repeat lists of statements, such as: God is omnipotent; God is love; God knows all; I am a child of God; God is present everywhere; God is truth; God is with me now; and so on.

Then, the person had to put the difficulty out of their mind until the next time that they saw fit to use the technique. Some difficulties were harder than others to resolve and required several Golden Key sessions.

From extensive experience, Emmet Fox knew, without a doubt, that if the Golden Key technique were done correctly, it would work every time. The problem was, back in those days, no one really understood exactly why it worked!

After all, people asked, how can you solve a problem by turning your back on it and thinking about something else? And, they wondered, why would it only work if you raised your consciousness high enough? Couldn’t God fix the problem regardless of how high you reached in your spiritual awareness? These were just some of the unanswered questions surrounding the mystery of the powerful and effective Golden Key technique.

Now, fast-forward to our current time period, and we find that the answers to such mysteries have become available. Better yet, we also have the knowledge and resources to greatly improve upon this original idea. The main lesson learned from this technique was this:

When you enter a higher state of consciousness, life’s challenges become transformed.

Problems become solved, almost as if by magic. Upon closer examination, you see that there are two ways that this magic happens.

1. Problem situations are energetically healed by the higher consciousness, or;

For FREE access to a modern-day technique inspired by the idea behind the time-proven Golden Key, updated for the modern era with the latest insights in spiritual metaphysics, visit: