Can something as profound as metaphysics reach a point where it will cease to exist?

To answer that, you have to understand the definition of the word metaphysics. It means ‘beyond physics,’ i.e. ‘beyond the study of the phenomena of nature.’

Saying that metaphysics is beyond the study of nature suggests something supernatural. However, as nothing can exist outside of the Creation, then nothing is beyond being natural. Supernatural, therefore, is a word that contradicts itself. 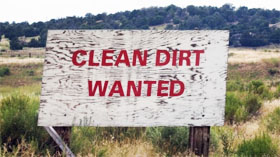 ‘Supernatural’ is an oxymoron, just like ‘an exact estimate,’ ‘clean dirt,’ ‘fresh frozen,’ and ‘a definite maybe.’ How can anything in Creation be beyond the natural? More likely, it is something beyond the understanding of physicists because it is too subtle to be included in today’s physics.

Let’s drop the use of the word supernatural. ‘Supernatural’ implies that some things are permanently beyond our understanding and, in the New Reality, that attitude just doesn’t make it any more. If something exists, it can be understood. The first step is to admit that it does exist.

For example, there is overwhelming evidence to support the idea that the human aura exists. The human aura is an envelope of etheric energy surrounding the physical body. While only clairvoyants can currently see the human aura, what will happen when a device is invented which allows the etheric energy of the aura to be directly converted for display on a physical monitor screen? One thing that will happen, is a boost in our ability to diagnose health conditions before they can physically manifest and cause real damage.

Note: We do have aura cameras today that interpret electrical signals from acupressure points in the hands and make an estimate of what the aura might look like, but these do not read the etheric energy of the aura directly. Also, we have Kirlian cameras, but they display an electrical reaction to etheric energy, not the etheric energy itself. What we need is technology that can convert etheric energy directly and display that on video. Another application of such technology will be clear contact with the spirits of departed loved ones.

The study of etheric energy is in its infancy today. Etheric energy is life energy, an energy more subtle than electromagnetic energy. While electromagnetic energy deals directly with the physical world, etheric energy is pre-physical. Clairvoyants can see it, and people in the spirit world can see it, as etheric light. Most physical humans do not see it at the present time, although we do have the potential ability to do so by developing our in-built, subtle senses and, as we progress through The Shift, people will find this ability unfolding naturally.

Research into etheric energy today is in its infancy. Remember that electrical energy, in the early 1800s, was still a mere curiosity of scientific pioneers. Electricity, it was said, could be felt from an electric eel, it could be seen in the sky as lightning, and observed in biology as the force which moves muscles. To the average person at the time, such thoughts were considered to be some kind of joke. 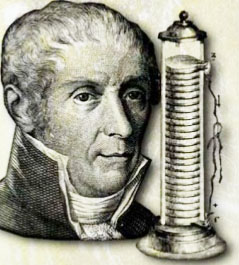 When the Leyden jar, a device for storing a small charge of static electricity, was invented, the door was opened to more research into electricity. Then, with Volta’s invention of the chemical battery and its ability to produce a controlled current, laboratory experiments became much easier to perform.

It wasn’t long before there were instruments to measure voltage, current and resistance. Then, Faraday’s inventions of the electric motor and the electric generator opened the way for electricity becoming the new motive power in the Industrial Revolution, largely replacing steam as a working fluid.

Today’s challenges to physics, and metaphysics, are etheric energy and consciousness. The first step in advancing consciousness research is to abandon the currently popular, yet naive, idea that the mind is a result of electrical signals in the brain when the opposite is true. The nonphysical mind initiates physical brain signals.

Etheric energy research will yield machines which diagnose and heal automatically. It will also produce, among countless other benefits, the means to affect and control the weather. Rain dances may look like superstition but they are actually conscious attempts to alter the balance of etheric energy in the vicinity and that automatically affects the weather conditions. Etheric energy devices can also achieve that same effect.

The study of consciousness will also expand physics, which is just beginning to recognize the role of consciousness in subatomic behavior. Subatomic particles are displaying signs of consciousness, and this is happening under controlled laboratory conditions. This is leading to the realization that the universe, and everything in it, must be conscious.

In other words, the universe must really be one big, fully aware, inter-connected, Infinite Being.

The boundaries between physics and metaphysics will blur as the study of consciousness becomes their common ground. Physics will find that it has to expand and become something more all-encompassing than it has been to date. The big turning point will occur when physics grows to include a philosophy of Creational consciousness. When it adopts the habit of asking the question, “How did the Creator’s consciousness achieve that?”, then it will be on the fast track to its greatest discoveries ever.

Physics, the study of nature, will grow to include everything in nature. When that day comes, there will be no metaphysics because metaphysics will have become a part of the new, expanded physics.

The unknown will have become the known, and our appreciation of the works of the Creator will have grown along with this expanded knowledge.

Owen Waters is the author of the e-book Spirituality Made Simple, which brings answers – finally – to the timeless, classic mysteries:
Who are we?
Why are we here?
What is the meaning of life?
https://www.spiritualdynamics.net/ebooks/simple.htm

7 thoughts on “The Death of Metaphysics”