The legendary Fifth Element holds the key to the answer to one of today’s top mysteries in the worlds of physics and cosmology. Scientists estimate that 84% of the matter in the universe is composed of invisible dark matter, but they have no idea what it is. With a short venture into the world of metaphysics, you are about to find out the answer!

In ancient Greece, all material things were said to be composed of a mixture of the four elements of earth, fire, water and air. There was also said to be a more subtle, fifth element. This was called the quintessence (literally, “fifth element”), implying its very delicate or refined state of existence. 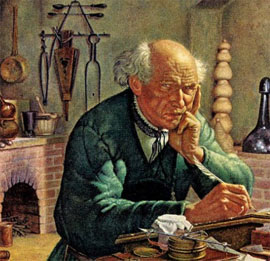 For many centuries, philosophers considered that all matter consisted of combinations of the basic elements in the Greek tradition. In the early 1500s, Philip von Hohenheim boldly renamed himself Paracelsus, meaning “beyond the medical pioneer Celsus” and came out with a counter-proposal. He declared that, instead of the old elements, all things consist of the subtle essences of elements that he called salt, sulfur and mercury. However, this only served to confuse the situation further as both theories did little to identify the basic chemicals that combine to form the enormous variety of compounds that are found in nature. 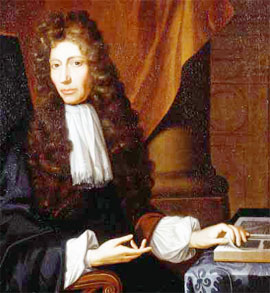 Next, fast-forward to the Age of Enlightenment. In the late 1600s, the early scientist Robert Boyle published The Sceptical Chemist, rejecting both schools of thought in favor of the then-novel idea that materials are composed of a variety of basic chemicals which, unlike compounds, cannot be further reduced by chemical operations. This demystified chemistry, laid the basis for its development as a science, and made possible the development of the table of elements that we use in chemistry today.

As the science of chemistry developed and accumulated physical knowledge, however, it became focused entirely on physical materials and ignored the old idea of anything more subtle.

The fifth element has been given various names in traditional Eastern thought and practices – such as prana, chi, qi, and mana – but it can be better understood by calling it vital life energy or etheric energy. From a physics perspective, the most concise term is etheric energy, which implies a more subtle energy than electric energy.

When electric and magnetic energies combine in complementary motion, they produce physical light as well as the building blocks of physical matter. Your body is composed of electromagnetic energy. Etheric energy is actually more common in the universe than electric energy. Its manifestation, etheric matter, forms most of the matter in the universe. Cosmologists know that it exists, even though they can’t see it (hence the term, dark matter), because of its gravitational effects on physical matter in the cosmos.

“Dark” energy and “dark” matter are roughly five times more prolific than their physical counterparts, so their influence in the cosmos is quite marked. The gravitational effect is a result of the fact that both energies – physical electric energy and the more subtle etheric energy – share a common interaction with magnetic energy. The magnetic energy component is provided by the ever-present fabric of space, which I term the God Field.

By using the term the God field, we can reduce a common form of confusion that exists today. The God field was traditionally called the aether and, although that sounds a lot like etheric energy, the two are quite different.

The God field is the fabric of space. It is a subtle, fluid, magnetic energy which fills all space. It is intensified within and around matter, where its attractive nature produces the force of gravity.

Etheric energy is a subtle, primary life energy, while electric energy is a physical, secondary energy. Both energies interact with the magnetic fabric of space, producing etheric matter and physical matter.

The great advantage with knowing about etheric energy is that this vital life-giving energy holds the key to vibrant wellness. Vital life energy or etheric energy is present in all effective healing systems. In acupuncture, it is the “qi” energy that is enhanced or balanced in its flow along acupuncture meridians. It is the healing energy transmitted in distant healing. It is the same healing energy that is passed to the recipient in Reiki or Polarity Therapy.

Vital life energy is the essence within sacred healing oils. It is the energy that flows into a person as they practice Qigong. It is the life energy in organic foods, in water exposed to sunlight, and in the oxygen that we breathe.