Over the last four Fridays, Dreama Vance has released four progressively powerful practices to everyone on our email list.

The most recent, entitled The Emerald Heart, unveils the mysteries of the heart chakra to those willing to practice this simple yet profound meditation. 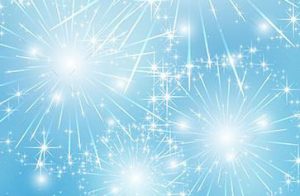 As lightworkers, we are here to change the consensus reality.

Now, wouldn’t it be just wonderful if we could just shift into a parallel reality where the world is already filled with love and light. Yes!

But, the reality is that, before such a reality exists, we have to create it through our explorations of higher energies and the higher realms of consciousness. We have to provide the critical mass for such a heaven in earth to exist through our actions.

Let’s practice those chakra meditations. Let’s face it. What else do we have to do on a fine Sunday when the world is waiting for us to fulfill our missions as lightworkers?

Then, if you have not already done so, join us on the upcoming Higher Energies course because that is where those meditations progress into the real fireworks realm of higher spiritual awakening!