The Big Bang theory was first validated by the observations of Edwin Hubble (1884-1953), of Hubble Telescope fame. 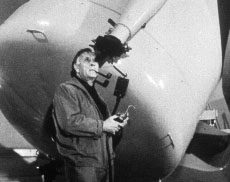 He first observed that the faster a galaxy travels, the further it also is away from us. This supported the theory that the galaxies all started in one place and exploded outwards from there.

With the help of the orbiting Hubble Telescope, the size of the universe is currently estimated at approximately 15 billion light-years across. However, it is now calculated that the universe must have needed more than just the initial impetus of a “big bang” in order to manifest in the way that we see it today.

The theory of Inflation was later proposed to describe this additional impetus. It states that an unknown extra force inflated the early expansion of the early universe so that it could become what it is today. While the duration of a big bang event would have been much less than a microsecond, a period of inflation would have lasted for at least 300,000 years.

The basic scenario of the Big Bang theory is that the universe started out as something very small and then expanded outwards to become what we see today.

That, however, leaves us with one great, unanswered mystery.

What Existed Before the Universe Came Into Being?

What lies beyond the envelope which contains the universe? The universe was created by Infinite Being, the original consciousness. It created physical space along with the other dimensions which make up a working universe. These other dimensions (measurable variables of existence) include time, energy, and consciousness at the human level of expression.

So it makes sense that physical space would extend no farther than the edges of the created universe. Beyond those edges, there is only consciousness. Matter cannot exist outside of the edges of the universe because it was the universe that provided the framework for the formation of matter.

There can be nothing outside of the universe of space, time and energy – other than consciousness.

Space, time and energy are merely props upon the stage of this vividly realistic theater of life. Life is basically consciousness, and only consciousness.

Science has progressed over the last 300 years as the result of disciplined, scientific method and, in general, reliance upon the physical senses. This outward focus, however, will not serve science in discovering the meaning of consciousness because consciousness is within, not without.

The development of inner consciousness is the new frontier of discovery.