What is real? What is there to hold on to?

One of the main reasons for experiencing life on Earth is to discover what is real. We spend our lives coming here, going there, trying this and trying that. We acquire physical things and eventually let them go. Life’s experiences pass by like so much water under the bridge. 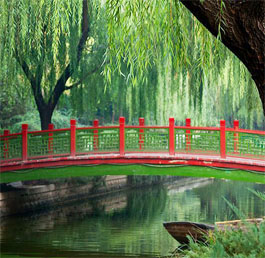 One constant in all of life’s ever-changing realities is the inner observer. This aspect of your inner self is present in all of life’s experiences, watching, learning, remembering. However, when you go even deeper than this, you reach the underlying basis of all consciousness, the awareness that, simply, you exist.

This fundamental awareness can be summarized in two words: “I am.”

The great “I Am” presence

You are one individual viewpoint of the great I Am, the consciousness of All That Is, the all-inclusive and all-embracing Infinite Being.

Consciousness is reality. Experiences may change from minute to minute, but underneath the flow of experiences lies that constant awareness, the sense of being that says, “I am.”

Life is about experiences which unfold at different locations in space and time. Space, however, is merely a construct of the Creator’s consciousness. The concept of space was created to allow an infinite variety of viewpoints to exist.

The definition of energy

Each unit of energy is formed by counter-rotating vortexes of Intent. These vortexes push together to form a tiny sphere of compressed consciousness within their center, which becomes a particle of living energy.

Intent and Love in motion are the original, fundamental principles used in Infinite Being’s creation of the universe. Like thought and feeling, these aspects of being operate as complements to each other, and yet each one can be defined as an underlying, fundamental principle. When intent, the principle of thought, and love, the principle of feeling, are set into motion, then one invokes the other. The same complementary action occurs in electromagnetism when electricity is set into motion. The electrons – particles of compressed, original Intent – invoke a complementary magnetic field within the fabric of space.

The fabric of space is created by the Love aspect of the Creator. Love is the aspect of Infinite Being which provides the supportive matrix upon which all else is built. From the point of view of physics, the fabric of space would be defined as pure, inert, magnetic energy. Or, at least, it would be if physics had gotten around to defining it yet. It used to be called the aether, but its properties were not fully understood at the time. Physics, for the most part, does not currently believe in the aether, does not currently believe in a Creator of the universe, and, as a result, has no idea why particles of energy exhibit signs of consciousness.

Before the original Creation occurred, Infinite Being formed an expression of itself which was to become the Creator of the universe. Then, as the One Creator, it focused its Intent, expressed its Love, and brought these two aspects of Itself into motion. All of the universe was built upon these underlying principles, which make possible the facets of Creation such as time, space, energy and matter.

A universe in motion makes possible the changes we call experience. But if life is constantly changing, then what is there to hold on to? What is unchangingly real?

How do you connect with reality? By meditating, by using the affirmation, “I am Infinite Being,” you can build your connection daily to the true reality which lies within you.

When you make spirituality your number one priority at the start of each day, then daily meditation becomes a habit, something which occurs with ease. By building that inner bridge to reality, you are empowering your own potential and also helping to shift the global mind toward enlightenment.

Owen Waters is the author of Freedom of the Spirit: Four Steps to Spiritual Freedom, which contains the FREEdom technique. This frees your spirit to soar to new heights of spiritual awareness by combining today’s most proven and time-tested spiritual practices in one powerful and effective package.