This one spiritual source is known by various terms, including The Absolute, Infinite Being, or The All That Is. The term Infinite Being encapsulates the idea of infinite consciousness, beyond which nothing else can exist.

Freedom of the Spirit

A spiritual revolution in human consciousness began in earnest in the 1960s. Prior to that, the psychologist Maslow estimated that only 2% of the population had achieved the spiritually aware stage of self-actualization.

The mid-1960s changed everything and the spiritual revolution began. Masses of people began the search for the higher values, such as unconditional love and spiritual wisdom. While the outward fads of the sixties came and went, the flame of spiritual yearning never went out. It quietly grew as people searched, reflected, and found their spiritual freedom.

Thirty years later, that progressive core group within society had blossomed from 2% to over 20%, and it keeps expanding each year. Most of these progressive thinkers are conscious spiritual seekers, with a sense of self that is a real, inner self rather than an outwardly-focused, ego type of self.

The global shift towards spiritual awareness is the most wonderful transformation in recorded history. This is where humanity gets to build, literally, Heaven on Earth.

Why the Creator Is Larger Than the Universe

The spiritual concept of God employs terms like omnipresent, omnipotent and omniscient to express the idea of infinite consciousness. From this expansive point of view, God the Original Creator is greater than all manifestation and, yet, is aware of every part of that manifestation. 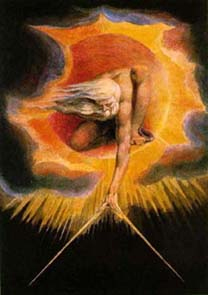 When you see the universe from this spiritual perspective, it is no longer a mystery why a pair of related atomic particles consciously communicate with each other. Two atomic particles can communicate with each other because they have their own consciousness. They may not have the self-awareness of human beings, but, when they meet, they remember each other and stay in communication. If one collides with an obstacle, then the other one feels it and responds accordingly.

The Universe is a Giant Doughnut

Physicists agree that the universe may be torroidal-shaped, but they have no physical proof as yet. Moving beyond physics and into spiritual metaphysics, which is where all the fun stuff happens, you discover that this doughnut-shaped universe is actually a projection within the consciousness of its Creator. Space no longer exists beyond the outer envelope of the universe, only the consciousness that created that space.

Space is a Fabrication of Consciousness

Space is no more than a concept in consciousness. It isn’t really “out there.” Everything made from consciousness is “in here,” within you. Space is a projection within consciousness, manufactured for a specific effect. What appears to be “over there” is really just another one of an infinite number of viewpoints within the great “Here and Now.”

The universe was created as a living theater of expression and humanity opted for total immersion within the drama of this theater of life. We live in search of the truth about life, and yet we feel disconnected from its source. We focus upon a world that appears to be exterior to us. Our five senses keep our brains so busy that it takes determination to find the peace and wisdom which lies within. Enormous resources of information, guidance and support are available through our inner being. When we direct our attention within, we gain access to those resources.

The Mirror on the Stage of Life 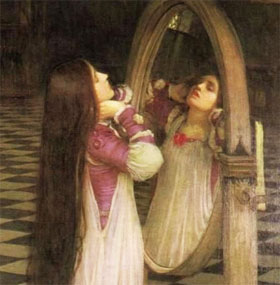 Spiritual metaphysics sees the universe as a mirror. Who you are, and what you express in thought, feeling and action, causes the mirror of life to reflect that back to you.

If, for example, you like yourself, then other people will like you, often without even knowing why. So, if you want people to like you more, you need only discover and dissolve the inner blocks that are keeping you from an unconditional love and acceptance of yourself. When you love yourself more, in an unconditional manner, life will reflect your improved attitude towards yourself and other people will love you more.

The mirror of life is automatic. Once you change yourself, and not before, the reflection changes and your reality transforms to reflect the new you.

Unity With the Oneness Within

Your true, inner being is found in silence. Your inner being is who you are. It is your soul. Your inner being is your personal link to the universe and to its source, Infinite Being. It is in this silence that you come to realize that everything in the universe is one, that separation is actually an illusion. In the light of this inner, soul connection, you also find your sense of unconditional love for all of life and all of humanity.