Long ago, the first time I read the ancient Tao Te Ching (pronounced “Dow Day Jing”), I ran into so many apparent contradictions that I felt like I was going cross-eyed with confusion!

I have not been alone in that type of feeling. To most Western minds, the nature of the Tao is a huge mystery that makes little or no obvious sense. I ran into statements that suggested that the Tao was manifest as everything in the world and, yet, the Tao was nothing and nowhere. Well, which is it, I thought, everywhere or nowhere?

The problem lies with the limitations placed on Western translators, as they are part of a cultural tradition which rarely teaches that there is an original state of unchanging, perfect beingness that lies behind even the Creator. 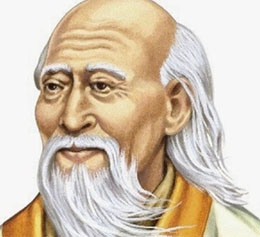 In the 6th Century BC, the sage Lao Tse (“Lay-OTE-say”) is said to have written the Tao Te Ching, which became fundamental to philosophical Taoism. The word Tao is usually interpreted as meaning The Way, although it can also mean The Principle or The Doctrine. However, none of these interpretations address its true nature.

Lao Tse was reluctant to even name the Tao, as giving it a name weakened its basic concept of silent unchangeability, so he actually preferred to refer to it as ‘the nameless.’

There are over 100 translations of the Tao Te Ching in English. One apt interpretation of the meaning of the title is, “The book of the way of Divine inner power.”

Translators to English find themselves forced beyond literal translation and into interpretation because characters written in the original Chinese often have multiple meanings and need to be distinguished in context with one other. Because of this, the original intent of the message may not even be immediately apparent.

For example, they face literal translations of sentences like this:

It takes an understanding of the concept first before the meaning becomes clear. This passage points to the concept that the Tao is ‘the nameless’ which encompasses the universe, while the universe itself is filled with what Lao Tse often refers to as ‘the ten thousand things’ or the manifestations of the Tao. We give names to objects in the material world and that which is beyond all things is referred to as ‘the nameless.’

The Tao, by definition, existed before Heaven and Earth. It is said to be still, formless, standing alone and undergoing no change. It is both larger than the largest thing and it is within the smallest object.

The part that really trips Western translators up is the idea that the Tao is simultaneously perfectly still and yet constantly moving. Ideas like this are confusing enough to stop a logical mind, short-circuit some brain cells, and make smoke start to curl slowly up out of a person’s ears! 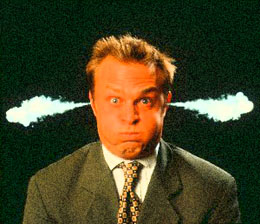 In Western culture, we generally lack an appreciation of the original nature of God as unchanging beingness. In our action-oriented culture, we think of the Creator as the One God. Typically, unless you studied Eastern philosophies or some branches of metaphysics, then you were never made aware of the state of beingness which is behind even the One Creator. The Tao is the unchanging, perfect consciousness which is behind all things. The Tao is pure, tranquil beingness, and it formed the Creator as the aspect of itself which would take action and experience change.

Taoism is not alone in studying the original, unchanging beingness behind all things. The same concept appears in Hinduism as the still, silent Brahman, or Godhead, behind the creative Trinity of Brahma, Vishnu and Shiva.

Chapter 42 of the Tao Te Ching gives the Taoist version:

This means that the unchanging beingness produced the One Creator. This aspect then saw that it was necessary (using Genesis terminology) to divide the ‘waters’ of its consciousness into two aspects. These different and complementary aspects were the principles of thought and feeling. A third aspect was still needed, which was the principle of motion, which allowed the command, “Let there be light!” to create the original template of the universe. The three aspects of the triune nature of the Creator then worked in harmony to create the universe and all material within it.

The universe exists within the field of silent consciousness of Infinite Being, so its essence is within everything in the world. That silent Isness is the ground state of consciousness behind all life. Because of its silent, unmoving nature it could be referred to as being ‘nothing and nowhere,’ at least to our physical sense of awareness.

The Creator and its creation exist within Infinite Being. Therefore, Infinite Being is within all things. The unchanging is within everything in the changing world. Yet, our physical senses will never detect this underlying, unchanging oneness. It is only through developing an inner connection that we will discover that which is behind all things.

The Tao is manifest as everything and yet the Tao, in the world of material senses, appears to be nothing and nowhere. So, the message of the Tao Te Ching is to develop an inner connection with that which is real and then the manifest world – this world which is unreal in comparison – begins to make sense.