“If I only had Time.” That’s what the Creator thought while mulling over the design stage of the Creation.

Time is necessary so that experience can be gained from choices taken and changes made at an appropriate pace for learning.

In the Great Here and Now which is the underlying reality of Infinite Being, time as we know it does not exist. Any change has an instantaneous effect. Therefore, in order to enjoy the adventure of immersion in a physical universe, Infinite Being and its Creator aspect needed the dimensional property that we call Time. 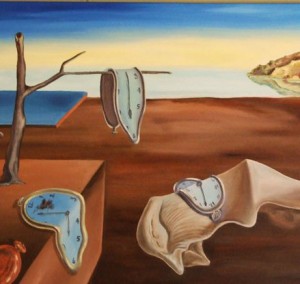 The popular concept of dimensions today is that we live in a four-dimensional world – 3 dimensions of space and one of time. However, the Law of Creation points to a different reality. As you might know from our recent Spiritual Laws of Life course or our free mini-course, The Power of Cosmic Cycles, the Law of Creation has three components and a tendency to self-replicate.

Time is one of the nine dimensional properties of physical matter. Another is Space. Because of the Law of Creation’s tendency to self-replicate, there are, furthermore, three varieties or directions of Space – commonly expressed as length, breadth, and height.

We normally think of the standard, tick-tock version called Linear Time. Like a clock on the wall, Linear Time passes at a fixed rate regardless of whatever you do to change your perception of how slowly or quickly it is passing.

Variety Two of Time is called Experiential Time. In daily life, you notice that time can pass quickly or slowly in your perception. Experiential Time is related more to inner consciousness and feelings than it is to the outer world, so its significance to you increases as your frequency of consciousness rises.

For example, the spirit world of the afterlife is a subtle, higher-frequency version of physical experience. In the afterlife, Experiential Time plays much more of a role than Linear Time.

Variety Three of Time is something that comes into play when you become more attuned to your soul’s level of consciousness. Variety Three produces Timelines. These are alternate realities which are potentially of interest to your soul. Any important change in your primary focus, such as a spiritual awakening experience, will shift you onto a more appropriate timeline. The shift will be obvious to your soul level of awareness, but your physical brain is only designed to be aware of your current timeline. To your physical brain, the only change will be that life is somehow better than it used to be.

The great miracle of the dimension of Time is not that it can have multiple timeline versions or that it can expand or contract to suit your consciousness, but that Linear Time can produce the illusion of slow change when all that really exists is the Great Here and Now.

Think about it, in a reality where all things are Here and everything is Now, how did the Creator create the illusion of Time so that we could play out our lives of experience at an appropriate rate? 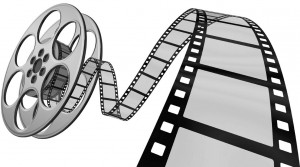 The best analogy is that of a motion picture. Movie films consist of a sequence of photographs being projected onto a screen at, typically, 24 frames per second. Even though each frame contains just a static image, the illusion of motion is achieved by subsequent frames being projected fast enough for the human brain to perceive the changes as smooth action. Changes through time are created from a collection of static images, and that is the same way the Creator created Time.

The universe flashes on and off millions of times per second. It is re-created in each of those rapidly-appearing, still-action frames. Each frame is a different viewpoint of the Great Here and Now. The physical brain is entrained to the timing of that universal movie projector mechanism. All we see is continual change, even though such change consists of many still-action, static frames.

With the framework for Time in place, it is then possible for human decisions to be made and for subsequent changes to unfold at a speed that allows for learning and reflection. And that was achieved even though, in truth, all changes are just a collection of different viewpoints of the Great Here and Now.

Isn’t the universe a wonderful creation?